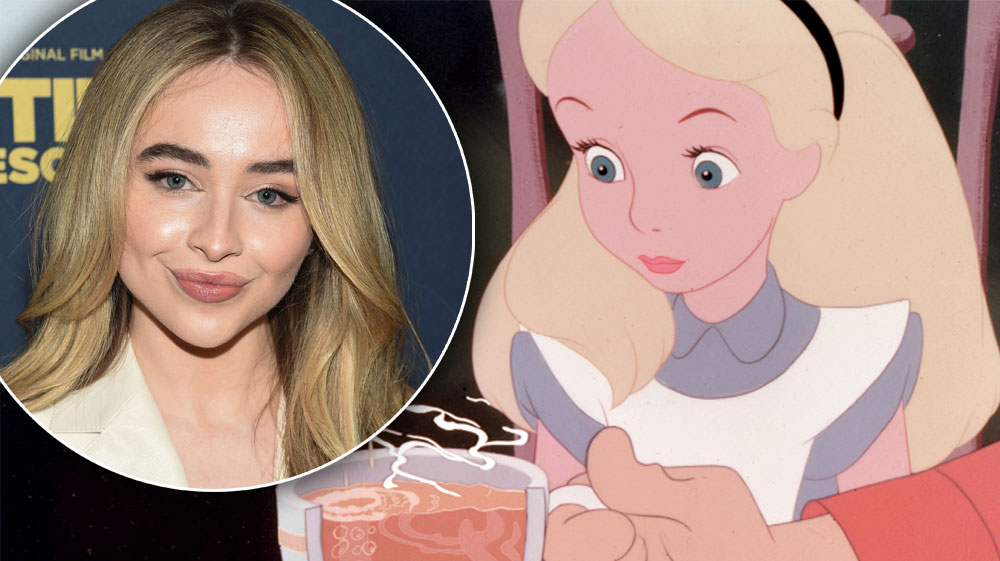 Get ready for a trip down the rabbit hole with Sabrina Carpenter! The actress is bringing Alice in Wonderland to life.

It was first announced that the former Disney Channel star would be starring as Alice in October 2020. At the time, the Hollywood Reporter

revealed that Sabrina was set to star in Netflix’s upcoming movie-musical, aptly titled, Alice. “The movie will be a contemporary take on the classic Lewis Carroll story,” the publication reported at the time. “While details are being kept under wraps, the modern-day musical will be set against the backdrop of a music festival called ‘Wonderland.’”

While the Work It star has yet to share many details about the film, she did share the news via social media following Alice‘s initial announcement. “Too excited for this,” Sabrina shared on Instagram. “We’re going to Wonderland!”

Along with her starring role, Sabrina will also be producing the project with her own production company, At Last Productions. It’s no surprise that the Girl Meets World alum signed on for this movie considering she’s a huge Alice in Wonderland fan. In fact, while chatting with Interview magazine in May 2021, Sabrina revealed that it was her favorite movie.

Comments Off on All The Details ‘Alice’ Is Coming! What We Know About Sabrina Carpenter’s Live-Action ‘Alice In Wonderland’  /   Share:

Tall Girl 2 (2022)
[+]As Harper Kreyman
[+]After Jodi Kreyman gains popularity, her miscommunications start causing rifts with those around her and now she really needs to 'stand tall'.

Emergency (2022)
[+]as Maddy
[+]Ready for a night of partying, a group of Latino college students must weigh the pros and cons of calling the police when faced with an emergency.

© 2020-2022 Sabrina Carpenter Online is 100% paparazzi free and a non-profit fansite. All graphics and original content are being used under the Fair Copyright Law 107 and belong to https://sabrina-carpenter.com/. Other images and text belong to their respective owners. No copyright infringement intended. This is an unofficial fansite.